The transformation of the medieval Cēsis 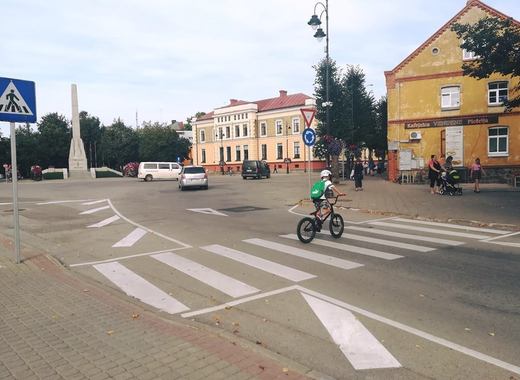 Only five years ago, the Latvian town of Cēsis was completely different. The historic center of the city was redeveloped - the streets of medieval Cēsis were recreated – less car traffic, shared space for all transport modes and priority for pedestrians and cyclists. Mobility has become a crucial part of attempts to make the city more liveable - both to attract new residents and retain existing ones.

In 2014 and 2016 the city council adopted two strategies - a plan for a city-wide cycling network and a street design concept respectively. Then in autumn 2018 the municipality launched an initiative to create safer mobility, which later on lead to the creation of guidelines. The Municipality’s guidelines include simple principles that can be applied on any street in the town, considering its own context and position in the built environment. Initially, two streets were transformed including street paint, street furniture, greening elements and other techniques have the potential to transform street space, that was later widespreaded through the whole old town. Further, the traffic was restricted, parking policy was introduced, more cycling routes were built and the streets became safer for pedestrians.

During 2019, Cēsis will also start preparing for the implementation of its first Sustainable Urban Mobility Plan - “Cēsis 2026” - which is expected to be accepted by the city council early 2020. To achieve even better results, the municipality will be engaging citizens in placemaking for a better mobility.