The Women of Bydgoszcz - a new urban game 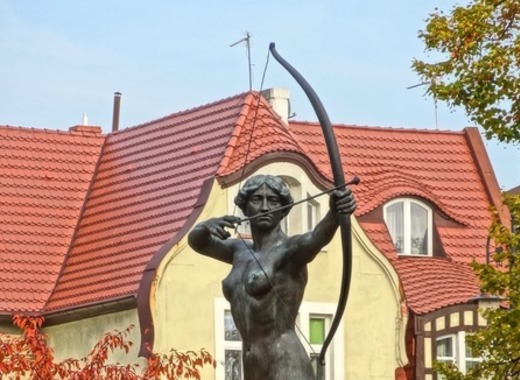 Stefania Tuchołkowa, Irena Jahnke or Halina Stabrowska - these are only few of the heroines of the new urban game developed by the Regional Museum in Bydgoszcz in Poland for the centenary of obtaining electoral rights by women in Poland.

The game is field-based and inspired by the female of Bydgoszcz - workers involved in patriotic, independence and cultural-social and educational activities at the beginning of the 20th century.

Also presented, among others activists in the Greater Poland Uprising,  is Wincentyna Teskowa - editor of the first Polish newspaper in Bydgoszcz and the president of the Female Gymnastic Association Sokół in Bydgoszcz, Stefania Tuchołkowa - literate, president of the Reading Room for Women, and city councillors or Wanda Siemaszkowa - the first director of the Municipal Theatre. Above all, these are women who worked for the return of Bydgoszcz to the Motherland and took an active part in the regain of the city during World War Two.

The game was created for the hundredth anniversary of women's electoral rights in Poland and as means to educate the inhabitants of Bydgoszcz on the contribution of these women to the independence of Bydgoszcz.

The game "The Women of Bydgoszcz” is available in the form of a brochure in the Museum buildings, as well as in pdf on the website www.muzeum.bydgoszcz.pl.