The world's first electric road, which can charge commercial and passenger vehicles while on the move, opens in Sweden 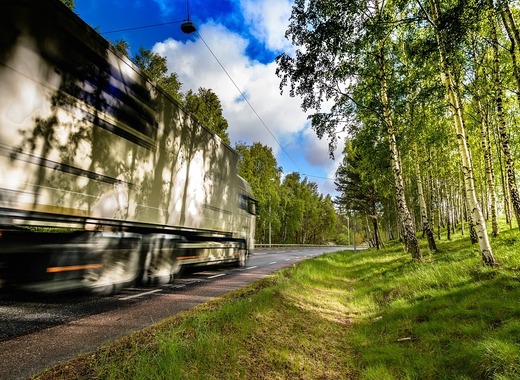 The world's first electric road, which can charge commercial and passenger vehicles while on the move, has just opened in Sweden. The energy is delivered from eRoadArlanda at 200kW, ten times what would be delivered by a standard stationary charger. The Swedish Road and Transport Agency's National Plan for Electric Roads, published last November, envisages starting by electrifying the 1365km triangle linking Stockholm, Malmö and Gothenburg which is responsible for 70 percent of heavy goods traffic in the country.

The eRoadArlanda solution is one of two 2km pilot projects funded by the Swedish Road and Transport Agency. The technology has been developed by Gunnar Asplund, who set up his company Elways in 2009 after a long career with the Swedish engineering company ABB. He claims that every government that wants to have a fossil-fuel free transport system has to do something, and it's really difficult to see how you can do something without electric roads.