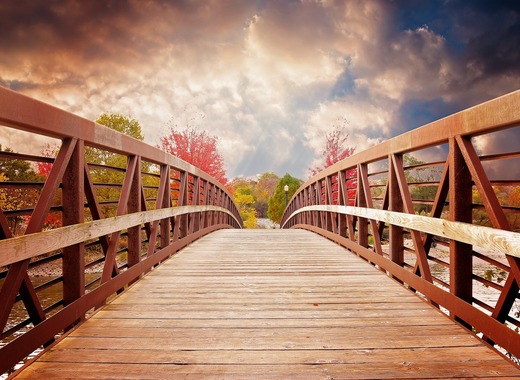 The world's longest Viking bridge is finally finished and open to the public after three years of hard work. More than a thousand people, including craftsmen, children and volunteers took part in its reconstruction as a part of a project.

The bridge was rebuilt using the tools and methods that Vikings would have used.

The bridge is located approximately 10 kilometers to the west of central Copenhagen. It replaces the original bridge, which is said to have been built by Viking King Harald Bluetooth 1000 years ago.

According to legends the king used it to transport boats across the land to attack targets in Germany. The bridge is known as the longest bridge in the world, built by Scandinavian warriors.

An impressive live demonstration of Viking infrastructure and craftsmanship

The 700-metre long road and bridge construction is an impressive live demonstration of Viking infrastructure and craftsmanship. Almost all of it has been built by hand using Viking Age tools and techniques.

Rane Willerslev, director of the National Museum of Denmark, who paid a visit to  the historical Viking settlement, remarked that “This bridge is amazing, because it has provided us with unique knowledge about how the Vikings built bridges and roads. But it is also amazing because it has shown us that when the collective spirit is set out to achieve something, it prevails.”

The bridge connects the museum to a site where Viking remains had previously been discovered. Its completion was marked with a celebration where many showed up dressed like Vikings and played traditional games while roasting a pig.