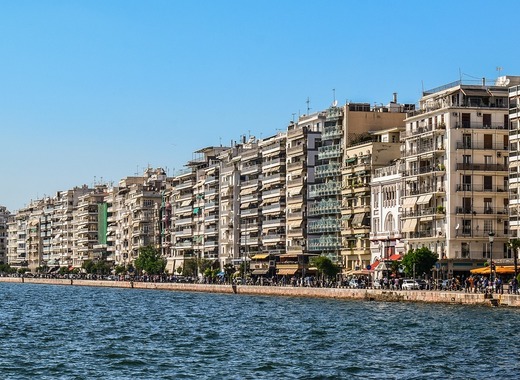 Local authorities of Greece’s send-largest city of Thessaloniki have announced that they will be taking part in an EU-wide project aimed at reducing carbon emissions generated by urban public transport networks.

So far 5 European cities have announced that they will be taking part in the “2050 Climate-friendly Mobility in Cities” project – Leipzig in Germany, Almeria in Spain, Plymouth in the United Kingdom, Bydgoszcz in Poland – and of course Thessaloniki in Greece.

The project’s plans and objectives

The main goal of the “2050 Climate-friendly Mobility in Cities” project is to help local government identify key problem areas in terms of mobility and develop and implement solutions that will also support long-term climate objectives.

Making up a part of the entire project “2050 CliMobCity” will keep authorities in check when it comes to the measures they are taking. Through the use of software, it will ensure that the actions undertaken by the local government further their environmental goals and make efficient use of the respective city’s land. It will also help policymakers see how their actions are impacting the urban area’s performance in terms of CO2 emissions reduction.

Local governments and city councils taking part in the project are taking it upon themselves to ensure the promotion of sustainable means of transport – be it zero-carbon vehicles, e-cars, walking or cycling. The objective is to help people understand the need to adapt climate-friendly alternatives to their usual modes of transportation.

The “2050 Climate-friendly Mobility in Cities” project is co-financed by the Regional Cooperation Programme “Interreg” and has a budget of over 1.300 million euros.

With cities and local authorities leading the charge in the adoption of new alternative modes of transport, they are playing a key role in Europe’s fight against climate change and are significant contributors to the continents climate-neutrality ambitions.