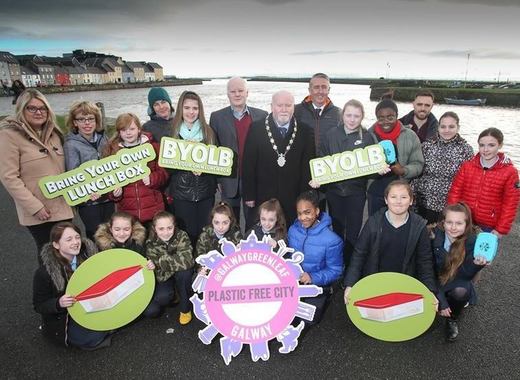 The Local authorities in the Galway City Council have informed of the beginning of a particularly important for the environment event – the Plastic Week 2019. Several days ago Deputy Mayor, Cllr. Donal Lyons announced that it will run between the 11th and 17th of February in the territory of the Irish city. The campaign aims to raise awareness of the unnecessary and excessive use of plastic materials in the daily habits of the citizens. Through several providers of communal services, the authorities will try to motivate people to use alternatives of the single use plastics.

What is more, locals will be asked to “BYOLB” (Bring Your Own Lunchbox) – a reusable container for foods or drinks, which can effectively replace the disposable plastic box. Local butchers, primary and secondary schools throughout the City have been involved in the campaign already. They will be provided with information packs containing facts, ideas and images with the objective to promote discussion and raise awareness on the matter well after the 5-days campaign.

For further information, contact Fiona on 091 536400 or environment@galwaycity.ie and visit Galway City.