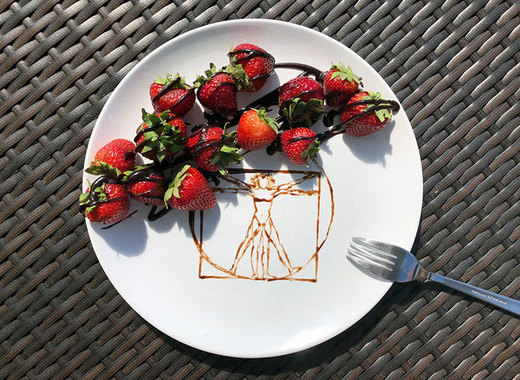 Starting from next week, a 7-weeks long gourmet marathon is going to take over the Czech capital and other 35 cities from 14 regions. From Tuesday 15th to January to 28th of February 2019 the Grand Restaurant Festival 2019 will show you the best of the culinary culture and the most luxurious and also – expensive – restaurants at special festival prices.

Meet the best Czech chefs in more than 91 top restaurants across 36 cities during the jubilee 10th edition of the festival. This year, the topic of the country's largest winter food festival is dedicated to the personification of art and science – Leonardo da Vinci on the occasion of the 500th anniversary of his decease.

Da Vinci is considered to have defined the principles of ceremonial dining; hence the festival dishes will be inspired by his work, but also by the Renaissance, Italian and Czech cuisine, by Milan and Florence.