Hundreds of legislative seats are up for grabs. See what is planned for this Sunday 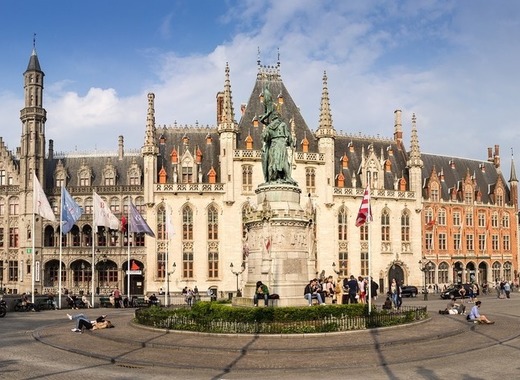 Belgium is getting ready for three different types of elections this Sunday, 26th May: regional, federal and European, shortly after the local elections last October. This means that the country will be electing 150 deputies to the Chamber of representatives as part of the legislative federal branch; members of the Parliament of the Brussels-Capital Region, the Walloon Parliament, the Flemish Parliament, the Parliament of the German-speaking Community and finally, the 21 Belgian MEPs.

The federal level retains expertise in many areas such as foreign affairs, national defence, justice, finance, social security and is also partially involved in matters of public health and home affairs, to name but a few. The Communities and Regions, however, are competent to establish foreign relations in the context of the matters they manage.

Thus, at the regional level, Brussels-Capital region will renew the composition of the Brussels Parliament, consisting of 89 member divided into 72 French speaking seats and 17 Dutch speaking seats. The Walloon parliament is comprised of 75 seats and 124 are the members of the Flemish parliament. Finally, the 25 seats of the German-speaking Community Parliament are also up for grabs.

Close to one third of the communes (581 in total) are using electronic voting, while the rest will be voting traditionally with paper ballots. This year, as part of a pilot project visually impaired persons will be able to cast their vote autonomously in Alost and Malines, using computers provided with a special audio system and a command box with relief grids.

It should be noted that voting in Belgium is compulsory, hence close to 8 million registered electors must present themselves and make their selection on the 26th May 2019. Be the first to discover the results at elections2019.belgium.be