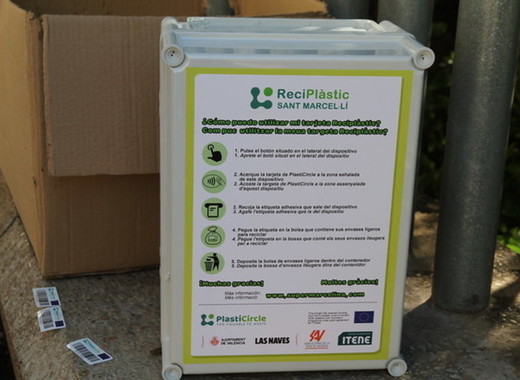 The European Union is facing numerous challenges related to waste production. Although the amounts of waste are tremendous, exceeding 25 million tonnes annually, no more than a third is recycled. The rest either goes to incinerators or landfills across the continent. As a result, we're confronted with both an environmental issue and a failure to reuse plastics - which in and of itself could bring in revenues as high as 10 billion each year. To be noted is that most of the waste comes from packaging. Having said this, it is more than obvious that Europe must do something in order to reduce plastic litter, CO2 emissions and to create new business opportunities in circular economy. This objective pursued by the Commission is supported by record high project funding.

A very interesting example of such a project is PlastiCircle that aims to tackle household plastic waste in three European cities, namely Valencia in Spain, Utrecht in the Netherlands, and Alba Iulia in Romania. They are all different when it comes to levels of environmental awareness among citizens, cultures and infrastructure. Yet, ambitious pilot projects are promising equally satisfying results under the framework of PlastiCircle with the ultimate goal being to increase the volume of plastic waste that residents recycle, to improve the quality of collected waste, and to make waste transport to the sorting plants more efficient. What is more, PlastiCircle is also targeting improved sorting and recycling processes so that all the packaging waste collected from the pilot cities can be used to produce a raft of added-value recycled products for the housing, automotive and residential sectors.

On the Mediterranean coast of Spain, PlastiCircle’s first pilot started on 1 May in the bustling Valencian neighbourhood of Sant Marceŀlí where some 9,900 residents live. This represents the third highest population for a district in the city and with the third highest population density among all the neighbourhoods in the city. Furthermore, a varied demographic spread and very active residents’ association mean that Sant Marceŀlí is the perfect place to trial new ways of doing things when it comes to household waste.

So far, there are good reasons for optimism as residents of all ages and backgrounds have been signing up for the PlastiCircle project and obtaining a personal smart card. The card can be used at one of 25 yellow rubbish containers dotted around the neighbourhood – the so-called “smart containers” that recognise the user ID and print a unique label on the spot for that person’s rubbish bag. This way, residents are not only encouraged to effectively sort their plastic waste, but when they go to deposit the bag at their local container, they do so knowing that they will later be rewarded for good recycling with a range of incentives provided in collaboration with the local authorities. 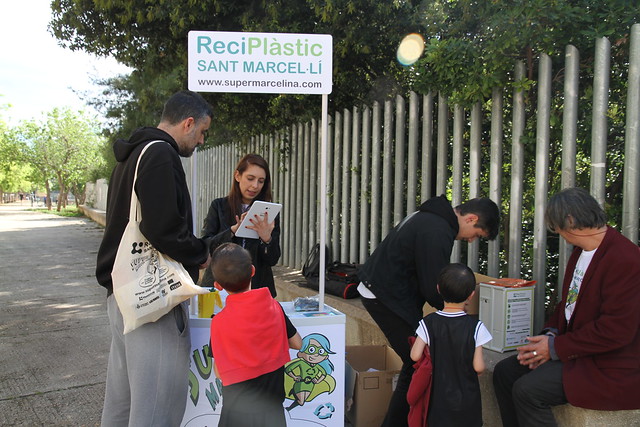 What is more, thanks to innovative technologies in the field of Internet of Things (IoT), a cloud platform and optimised collection routes enable drivers of waste collection trucks to save time, costs and CO2 emissions. This innovative part of the project is expected to be rolling out in Utrecht and Alba Iulia after the end of the Valencia pilot in September.

Project co-ordinator César Aliaga of Spanish technology centre ITENE, states that in view of the existing packaging collection rates at 75% and 59% in Spain and Romania respectively, the project sets the ambitious goal to increase them to as high as 87%. When it comes to waste transportation, the reduction of fuel consumption is at stake, which shall ultimately lead to important savings. Finally, for Aliaga ambitious sorting targets are needed, hence PlastiCircle wants to reduce material losses in sorting to less than 20% – whereas the average in Europe today is 25%. The aim when it comes to precision of sorting is no less ambitious, namely an improvement reaching as high as 95%, which would be a pioneering achievement in Europe. 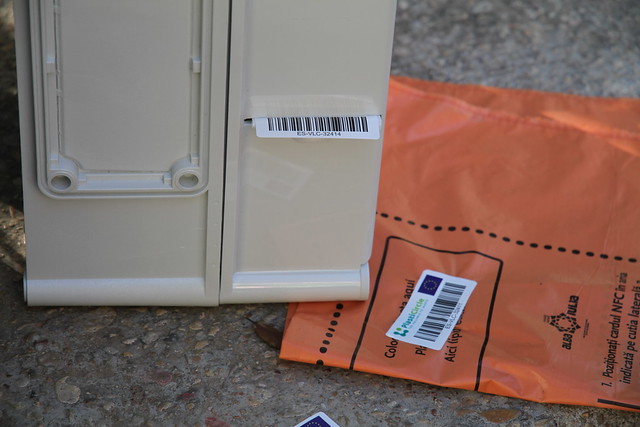 For the PlastiCircle team, an international consortium of 20 organisations, the EU focus is essential. Fresh from the streets of Sant Marceŀlí in Valencia, bringing the PlastiCircle story to key decision makers in Brussels is also part of the effort to put PlastiCircle innovations into the mainstream and engage policy makers and businesses.

If you are eager to learn more about PlastiCircle, do not miss the Circular Cities – Innovating to tackle plastic waste conference in Brussels on 16 May, co-organised with global city network ICLEI – Local Governments for Sustainability.