The French mayor believes that machismo remains strong in politics today, but it is up to women to make their voices heard. Read more. 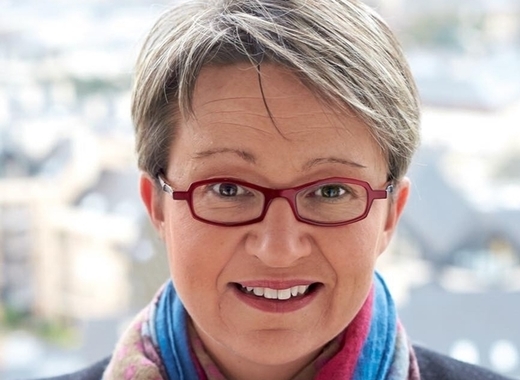 Nathalie Appéré was born in 1975 in Ploemeur. She has two children. She graduated with a HEI diploma in Public Action and Territories from the Institute of Political Studies of Rennes. Adhering to the Socialist Youth Movement and the Socialist Party in 1995, from 2010 to 2014 she is Vice-President of the National Council of Cities. President of the National Agency for Housing, Member of Parliament for the second constituency of Ille-et-Vilaine between 2012 and 2017 and Mayor of Rennes since 2014.

Do you think that women's voice in politics is sufficiently valued in today's critical conversations?

In France, several successive laws have established parity in municipal councils, departmental councils and regional councils. The increasing presence of women in these local executives has gradually made their voices heard.

Still, much work remains to be done: there are only 18% women in executives, where parity is not mandatory, and only 16% of mayors are women.

Sexism is still very present in politics, where many women are regularly confronted with machismo. I believe that it is now up to the women themselves to make a commitment to make their voices heard and to destroy the glass ceiling under which we sometimes want to keep them.

In your opinion, what quality, inherent only to women, makes them good leaders?

I do not wish to fall into essentialist discourses. I do not believe there is biological determinism in the way politics is done. Current knowledge, both in the field of neuroscience and anthropology, should allow us to deconstruct such representations. Being a woman or a man is secondary. What matters most is work and personal qualities.

It starts with family moments, before I leave for the City Hall or in the field where I have meetings scheduled all day long. Evenings are often devoted to events with the women and men of Rennes. Weekends too, although I try to keep time for my children. Being a mayor is exciting, but it is also an important task, a daily commitment. But the reconciliation of personal and professional life is a difficulty that all women encounter, whether they are mayors or not.