Thanks to an 11-million-euro EU investment, the island has become a pioneer in hybrid energy 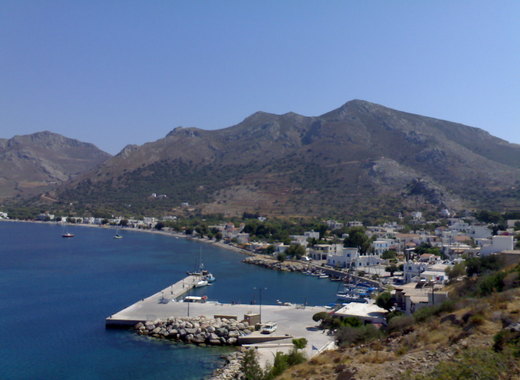 The island of Tilos was the first out of 80 projects chosen to receive funding under the Horizon 2020 programme. The TILOS initiative’s aim was to foster research and development on the Greek island and to turn it into an energy pioneer, while simultaneously driving growth for the local community.

The main goal of the TILOS project was the creation of Greece’s first hybrid power station – it produces energy from its very own wind farm and solar power generators, that it later stores in batteries.

Thanks to the project, Tilos island has not only grown more energy-efficient, but it is now able to take better care of its own community. With the project completed, Tilos can boast complete energy self-sufficiency. By producing its own power, entirely derived from renewable energy sources, the island has significantly reduced its own carbon footprint, while simultaneously reducing the costs carried by locals.

Not only that, but all the unused energy that is stored in the aforementioned batteries can be used for other kinds of initiatives and projects – for example, they could facilitate the promotion and introduction of electric vehicles and charging stations throughout the city.

Upon its completion, the TILOS project was quickly able to meet all of the island’s energy requirements, thus making it entirely reliant on renewables rather than traditional energy sources.

Another side benefit to the project is that it solves a long-standing problem that has adversely impacted the island’s tourism industry. Dimitris Karavellas, WWF General Manager in Greece stated that “The solution offered by the TILOS project boosts tourism growth in the small Aegean islands. It gives a way out of years of energy problems and is a model for the rest of the Mediterranean.”.

The project implemented with EU funds is yet another vital step in the continents efforts to reach carbon-neutrality by 2050.