To remain wealthy and innovative, Eindhoven invests in young talent 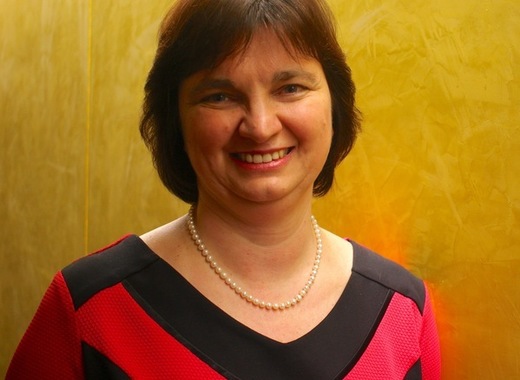 Tanja Mlaker is general director of Foundation Cultuur Eindhoven since February 2016. She studied German, French and Dutch language and literature and graduated from the University of Utrecht with a special focus on theatre science. As literary translator she translated many Dutch and German authors into Slovenian, her mother tongue. In the performing arts she worked as general director of a theatre, in a European network of cultural organisations, she was managing director of dance company Danstheater AYA (2001-2004), and business manager of Dutch National Opera (2006-2016).

Tanja, could you tell us more about what is being done to improve the cultural offer in the city of Eindhoven and to make it more inclusive?

I would say that for the last 20 years it has been invested very much in the infrastructure, in new venues. So now we witness a positive situation, as in the middle of the city where there were once huge industrial areas, not used by industrial companies anymore. Strijp-S is such an interesting new part of the city where the factory of Philips stood until the 90s.

Now this is not the case and it was very much a strategic investment of public-private type to develop it as an area where culture, housing and industrial enterprises are developing on the same spot. I would say that what was done so far regarding the  cultural infrastructure was really the stepping stones in the development of the old and the new areas.

One of the new stepping stones is for urban culture and sports – a special building which was at first only a trial project but later it was  decided to make it permanent, to invest in it and make it an urban hotspot of the region.

And on the other side we have internationally-famous events like Dutch Design Week and the light festival GLOW in which the whole city partakes.

For the future it’s a challenge to let the cultural infrastructure grow further alongside the growth of the city. Especially we would like to increase the offering of design and visual arts throughout the year.

Could you explain why Dutch Design Week is so important for the city?

The DDW is an event which makes visible what Dutch designers do, offen in collaboration with international partners. Eindhoven is one of the hotspots of Dutch design. Young professionals from highly ranked educational institutes in the city – Design academy and Technical university offering courses on industrial and product design – constitute a strong creative community in the city.

So, DDW is important for the city from several perspectives. First, it is an event where more than 2500 designers present themselves and their processes or products and it has a huge popularity in the Netherlands but also abroad, as there have been more than 300 000 visitors during the last years.

Secondly, it is an event spanning 10 days but there is much more to it than the numbers. It is an important 10-day period of inspiration and innovation when new ideas can be discovered and exchanged between designers and the general audience. There are many collaborations with businesses and in the last three years they developed, in partnership with World Design Embassies, a strategic vision exploring how design can help to realize the Sustainable Development Goals (SDGs) of the United Nations.

So, DDW is also a space where the thinking about the most urgent social challenges happens.

Let's talk about the specific age structure of the city and how the cultural offer can be adapted to it. With a large proportion of elderly persons but also of students thanks to the good university offer, how do you make culture in Eindhoven sustainable and inclusive?

Because it is an industrial city, there were a lot of workers and employees who came here and worked for 40 years. This brought about an older population with a specific experience. One would say they really created the city and worked on the wealth that we enjoy today. And to remain a wealthy and innovative city, Eindhoven also needs to invest in young talent. That is why there are lots of students and young people.

But the two generations do not meet naturally so what we try to do with cultural actions, for example within the Programme Age-friendly Cultural City, was to make them meet and work together or experience things together.

Grafitti workshops are one of the steps Eindhoven uses to make the two generetions meet. Copyright: Gemeente Eindhoven

And we did this not with traditional artistic disciplines in the music and theatre, because we all know that in music halls  elderly people prevail over the young. We tried instead to ask cultural organisations, organisers of events on technology, art and urban culture and sports to make projects which will challenge elderly people.

For instance, on urban culture they had graffiti workshops, rap workshops and breakdance demonstrations. On art and technology they had things like design, 3D printing, creating high-tech installations, writing computer codes. So, it was really challenging to older people to do things different to the ones they were accustomed to. These activities created also a deeper understanding between the two generations.

Finally, one of the results we saw was a cultural participation growing and also some very practical examples of how vital they can be and how they can engage people in cultural events not only as  visitors but as active participants, too.

And how did young people react to these exchanges?

They all really liked it very much as it meant presenting their culture to an older generation and through it - creating understanding for other youngsters in the city. And from the technological side, there were high school students giving workshops to elderly people about computers and digital art and that strengthened their communication skills and courage to try something different.

Eindhoven is well abreast of all the other cities in terms of innovation, and I think that there are really two magical elements that are combined here: willing to think in an unconventional manner, imagine things that are not yet there, combine unusual things, and also simply having the courage to do them, and fail or succeed. These are the two key elements in our city which put it on top of innovation.

The most important thing is to dare to try different things, to be aware of how new connections can be made and how you can facilitate them. And of course, give the floor to citizens to make the city they want to live in, in other words - support people who take initiatives.

Foundation Cultuur Eindhoven was founded by the municipality of Eindhoven in 2015 to execute the cultural policy of the city with € 1 million turnover and € 21,5 million subsidy for institutions and projects. It is a foundation for arts and culture, responsible for financing the institutions and projects in the city. It has an advisory function to the municipality and cultural sector regarding policy development and strategy, and the task to strengthen the networks within and beyond the cultural sector on local, national and international level.