Today starts Feria de Abril. Don’t miss it if you are in Sevilla 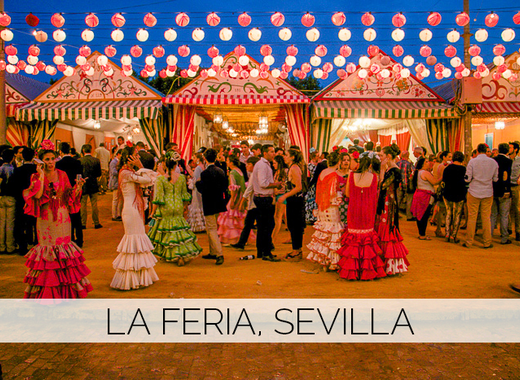 The April Fair is one of the largest and most exuberant festivals in the Andalucía region of Spain. Two weeks after the processions of Semana Santa come to an end, the atmosphere brims with the color, music, and merriment of the Feria de Abril. From around midday until early evening - especially on Tuesday, the first official day – Seville, society parades around the fairground in carriages or on horseback. There are also daily bullfights, generally considered the best of the season.

The "Real de la Feria", where the festival takes place, covers 1,2 square kilometer and includes the amusement park, called “Calle de Infierno” (Hell Street), and more than 1000 “casetas”. These tents belong to families, groups of friends or associates and most of them are private and open only to members and their guests. From early afternoon the drinking starts, the tapas appear, the music gets louder and by the evening there will be plenty impromptu flamenco dancing going on.