Today starts the Festivity of St Blaise, the patron of Dubrovnik 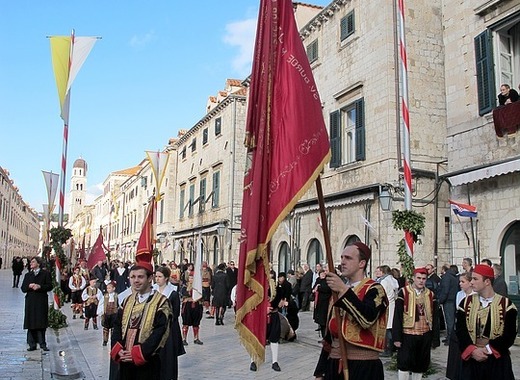 The celebration of Dubrovnik's patron is special and unique. It begins on Candlemas on February 2nd when white doves, a symbol of freedom and peace, are released in front of the saint's church and by the raising of Blaise's banner in the central place of the Old City – upon Orlando’s Column. On this occasion, an old saying is often recited: ˝Candlemas in, winter out, followed by St. Blaise, claiming that it's not true˝. And indeed, on this day when the cities in the North are soaked in rain and Europe is snowed in, Dubrovnik is full of mimosas, daffodils, and sunny, true spring days. At dawn on February 3rd, with the platoons of the Dubrovnik Musketeers, a historic Dubrovnik unit, the Grand Masters – a distinguished craftsman and seaman, await the banners from the east and the west that will take part in the procession honouring the patron. 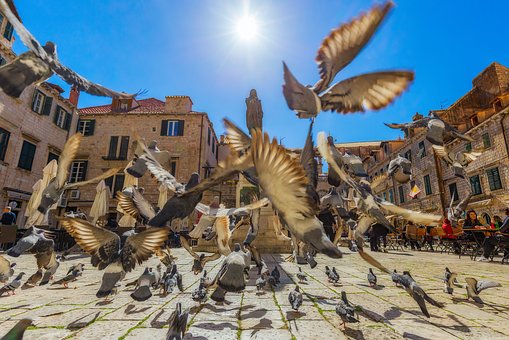 On February 3rd, the Day of the Festivity of St. Blaise, celebratory mass takes place in the open, from where the procession Church dignitaries, banners, and the many faithful who rush towards the City from the all of Dubrovnik’s surroundings begins. On this date, since the year 972, Dubrovnik opens wide the door to the City, while the flight of white doves marking the opening of the Festivity reminds the values of freedom – the greatest treasure of the Republic of Dubrovnik. It is rare to find a city whose identity is so intrinsically connected with its patron saint, as it is the case with Dubrovnik. The City and the Saint are one.