A learning experience and a great opportunity for cultural exchange, all that while listening to music from around the world 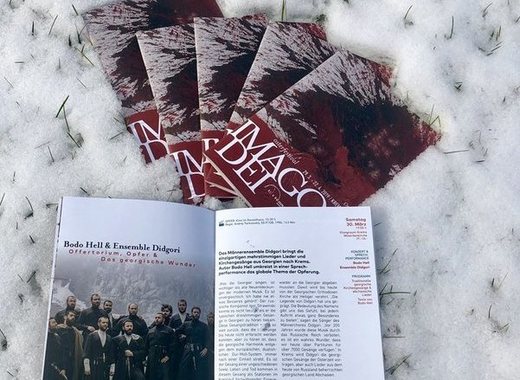 The Easter festival “Imago Dei” (Image of God) will take place between the 29th of March and 22nd of April in the town Krems an der Donau in Lower Austria. The central theme of this year’s festival will be “Opfer” or “Sacrifice”. For its 20th anniversary, the festival helps bring together beliefs and understandings of “Sacrifice” from cultures and religions of all corners of the  world. It attempts to intertwine the concepts of sacrifice of different Christian and Islamic traditions from both the past and the present by giving them a shared venue. According to the artistic director, Jo Aichinger, modern life often drives us to strive for constant self-improvement, rarely leaving us enough time to contemplate things that really matter outside of the material world – things that we can only achieve through devotion, or in other words “sacrifice”.

During the festival you will have the opportunity to hear ancient Georgian hymns from the furthest edges of Eastern Europe as well as the songs of Moroccan Berber women, who have had to practice their faith in secret. Modern Eastern European sound artists will also be presenting their works concerning totalitarianism, revolutions and war and the role that sacrifice and self-sacrifice play in modern life. The festival will also feature music from classical composers such as Wagner, Bach and Mozart.