Tomorrow the President of the European Commission, Jean-Claude Juncker, will deliver his State of the Union Address at the European Parliament 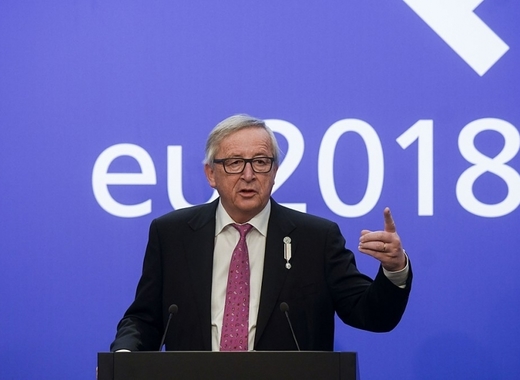 On Wednesday 12 September 2018, the President of the European Commission, Jean-Claude Juncker, will deliver his State of the Union Address at the European Parliament. This year's speech comes ahead of the 2019 European elections and in the midst of the ongoing debate about the future of the European Union at 27. President Juncker is expected to present the next concrete steps towards building a 'More United, Stronger and More Democratic Union', which was the theme of his 2017 Address.

In last year's speech, President Juncker outlined his vision for how the European Union could evolve by 2025. The speech was accompanied by concrete initiatives on democracy, trade, investment screening, cybersecurity, industry and data protection, putting words immediately into action. This year, the President will set out proposals that will deliver positive results for citizens by the time of the Sibiu Summit in May 2019.