They will be implemented in cooperation with district authorities, residents and commuters 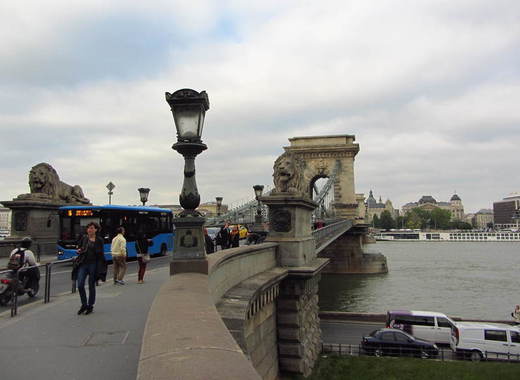 From July to October, the Hungarian capital will implement several pilot projects addressing road safety, traffic density and the resulting noise and air pollution, according to a City Council press release. The projects come in response to the deteriorating quality of life in Budapest, aggravated by rapid sub urbanization, insufficient green space, congested and accident-prone traffic, lack of high-capacity roads to avoid through traffic, and degrading air quality.

During the background discussion at City Hall, the chief of city planners Samog Balogh emphasized that a vicious circle has to be broken – the city centre is becoming unliveable due to high property prices, heavy traffic and noise, therefore, many people prefer to commute to work from their far away homes, causing even more traffic.

The city management intends to remedy this problem in cooperation with the people of Budapest, for example by planning the Integrated Settlement Development Strategy (ITS) until 2027 with wide professional and social involvement. In parallel with the planning for the future, pilot projects will be implemented in smaller areas between July and October in cooperation with the city districts, taking into account the specifics of different areas.

Among the first pilot projects is the establishment of a traffic calming zone in Erzsébetváros, the 7th district of Budapest, which, according to district Mayor Péter Niedermüller, aims to prevent motorists from using the narrow streets as a bypass and parking in public spaces. There and elsewhere, traffic will be rerouted to ease jams and make some streets pedestrian only.

The speed limit on some busy roads passing through residential areas will be reduced. The Danube Embankment will be open only for pedestrians and cyclists on weekends until the end of September.

Citizens will have their say

The pilot projects will be accompanied by wide-ranging social consultations at the Budapest community planning page. They will be available for comment till the end of October, and suggestions will be used by Budapest’s transport operator BKK to develop a traffic safety plan by the end of the year.

Based on the results of this multi-stage joint work, further measures will be able to be introduced on schedule in 2021. These measures serve the goals set in the Balázs Mór Plan, drafted by BKK back in 2016 to ensure sustainable urban mobility.