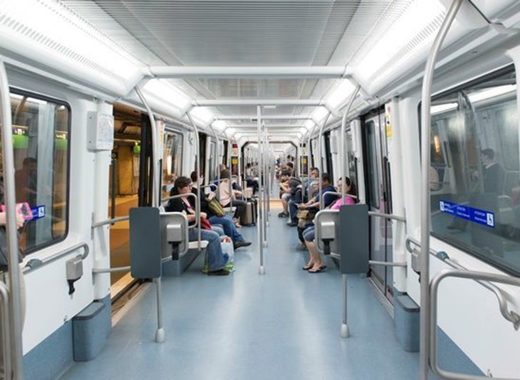 The coronavirus pandemic has brought on in its wake a lot of new fears among the general public about daily practices that until recently used to be considered normal and were not given a second thought. One such activity was using public transport to move between different parts of a city.

On that occasion, the urban transit operator in the Catalonian capital of Barcelona, TMB, has decided to inform and educate the public about the measures it has taken to lower the risk of contagion on the subway through the modernized ventilation system installed on the trains.

How does train ventilation work?

TMB has assured that atmosphere inside its subway trains is completely renewed every 2.5 minutes (it used to be 4.5 minutes). This ensures the removal of aerosols and contaminant particles from the air that is being breathed by the passengers.

Additionally, new filters, capable of retaining particles with the size of 2.5 microns, have been installed. With these upgrades the air-conditioning system of the trains now mixes 60% external air with 40% recirculated air from the interior. These percentages used to be 33% and 67%, respectively.

The transit operator has informed that this creates a continuous process of air circulation which relies on three distinctive elements for it to function: doors, ventilation ducts and filters.

Each train is equipped with 20 doors which open upon stopping at a subway station, letting in air, which itself had been recirculated through large station fans. Two ducts, located at each end of the train, extract and cool the air.

The ducts are equipped with special filters with a wavy design that increases their surface areas and consequently the probability of catching more aerosols. The filters are also covered with fibres that can force incoming air to change direction and pass through them.

Although, all of these innovations reduce the risk of contagion by decreasing virus loads in the air, TMB wants to remind commuters that it is also their responsibility to strengthen protection by following sanitary rules, such as wearing masks at all times inside transport vehicles.