Transnational cooperation established between the cities of Tarragona and Çanakkale

The cities in Spain and Turkey will exchange experience in governance 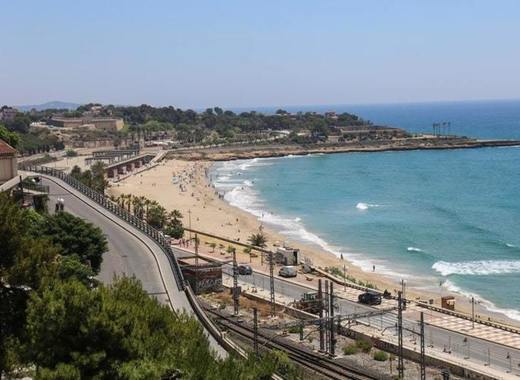 Tarragona Smart Foundation Mediterranean Region participates in the project "Partnership for the future of smart cities”. This European project connects with Turkey for the exchange of governance experience between the cities of Çanakkale (Turkey) and Tarragona (Spain). The project funded under the call "Town Twinning Actions" in the framework of European Union subsidies (TTGS) has a budget of 100 000 euros.

The TTGS institutional framework engages the European Union Affairs Directorate (DEUA) within The Ministry of Foreign Affairs as the leading Institution. DEUA is responsible for the coordination of the technical implementation of the Program and will also coordinate the supervision of the subsidy execution. The DEUA Project Execution Directorate, as the Project Final Beneficiary, will be in charge of implementing the project and monitoring of subsidy contracts awarded under the general supervision of the CFCU.

The specific project will be coordinated by the city councils of Tarragona and Çanakkale. The Foundation will support the City Council of Tarragona and, on the Turkish part, the Union of Provinces (UP) and the Union of Municipalities of Turkey (UMT) will provide technical support. This project is part of the commitment of the Foundation Tarragona Smart Mediterranean Region for development through European projects and aims to enhance the brand Tarragona as region, territory, smart city and its Mediterranean identity.