Transport at the heart of Europe’s Green Recovery

The European Commission is investing 2.2 billion euros in 140 key transport projects that will reboot economic activity throughout the continent 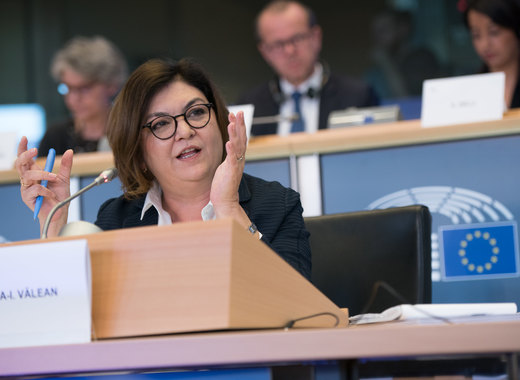 With the European Union as a whole grappling with the economic aftermath of the coronavirus crisis, it has fallen on the shoulders of the EU’s institutions to light a common path forward. What has already been agreed is that the Union’s recovery from COVID-19 should also be tightly interwoven with an overarching Green transition that will make the economies of all member states cleaner, safer, healthier and more sustainable and resilient to risk.

Thus, Europe’s post-corona recovery will put the continent on the path towards achieving the objectives set out in the European Green Deal – and the transformation of transport is a key part of that.

Through the Connecting Europe Facility, the EU’s grant scheme for supporting the development of transport infrastructure, the European Commission will allocate some 2.2 billion euros to a total of 140 projects across all EU member states.

The investment will not only act as an economic boon in the midst of slowing investments, but it will also benefit all European citizens and especially those who will make regular use of these projects.

One of the key areas on which the investment package focuses on is the development of Europe’s railway services, cross-border links and their connections to maritime ports and airports. Some 1.6 billion of the entire 2.2-billion-euro package are set to be allocated specifically to railway-related projects, such as Rail Baltica (which brings together the Baltic states and integrates them into the EU’s railway network) and the rail connection between Dresden and Prague.

Upon the announcement of the scheme, European Commissioner for Transport Adina Vălean stated that “The €2.2 billion EU contribution to this crucial transport infrastructure will help kick-start the recovery, and we expect it to generate €5 billion in investments. The type of projects we invest in ranges from inland waterways transport to multimodal connections, alternative fuels to massive railroad infrastructure. The Connecting Europe Facility (CEF) is one of our key instruments in creating a crisis-proof and resilient transport system - vital now and in the long run.”