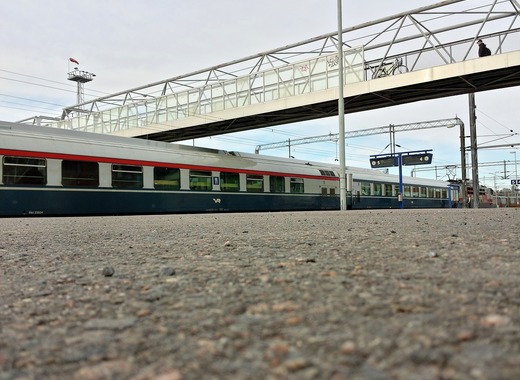 The European Commission Representation in Finland has announced that the country is slated to receive a total of 65 million euros from the EU for the development of key transport projects across its territory.

The investment will play a key role in Finland’s post-coronavirus recovery as it will generate not only jobs but will also open a myriad of perspectives for locals who have been looking forward to the ultimate completion of many of these projects.

Focusing on railway and maritime transport

The biggest share of the 65-million grant will go towards the development of a one-hour train journey connecting Helsinki and Turku – a total of 37.5 million euros. The application and the details for the project were submitted by the Finnish Ministry of Transport and Communication in February and it represents a key initiative that will make the country more connected and environmentally friendly.

A further 11 million euros will be used for the development of the Espoo urban railway network which also plays a part in the aforementioned Helsinki-Turku connection. Another 6.5 million euros will go towards the refurbishment and modernisation of the Helsinki-Tampere line.

Finally, part of the funding will be used for the development of Finland’s maritime capabilities, through the implementation of four key projects. The largest among them is the joint initiative for the development of a major shore-side electricity project that brings together state and port actors from Helsinki, Stockholm, Copenhagen, Arhus, Rostock and other Baltic Sea ports.

The 65-million-euro investment provided by the EU is part of an overall package that was announced earlier last week by the European Commission. It is meant not only to reinvigorate the economies of the member states but to also put them on a path to a greener and more sustainable future.