Thanks to the new containers, the municipality will be able to recycle 80% of its electric waste 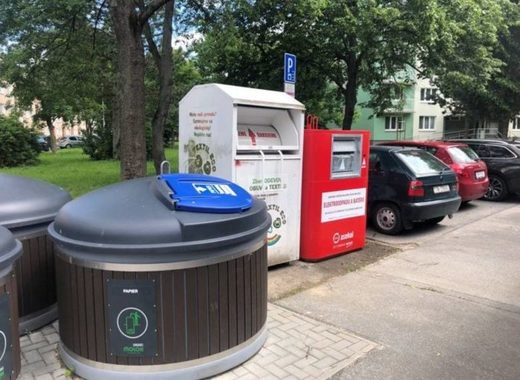 Trenčín follows the good example of many other Slovak municipalities as it has placed 14 new red and white containers around the city. Settlements in the central European country are very eager to get going on the path of a circular economy and reuse as much of their waste as possible. According to the municipality’s website, 80% of the electric waste it generates could be recycled and reused. To that end the stationary containers will be collecting the small electric devices thrown away by citizens. Asekol SK provided the containers to the municipality. The firm will also take care of the collection of the waste, its sorting and its processing and recycling.

The containers themselves are divided into two categories. The vanilla red and white containers are used for most of the electric waste – batteries, cameras, computer parts, calculators, phones, gaming consoles, small electric toys and instruments, faxes and printers. The other kind, however, the NEPATRIA red and white containers will be collecting a specific kind of devices – namely TVs, monitors and fluorescent lamps.

The municipality hopes that citizens will use these containers and actively help protect and safeguard the environment. The 14 containers have been placed at different locations around Trenčín, in order to cover as much ground as possible and make them more easily accessible.