Trnava challenges local children to model the city in Minecraft

Winners of the competition will not only get a voucher reward, but will also get the opportunity to earn experience at one of the local IT firms 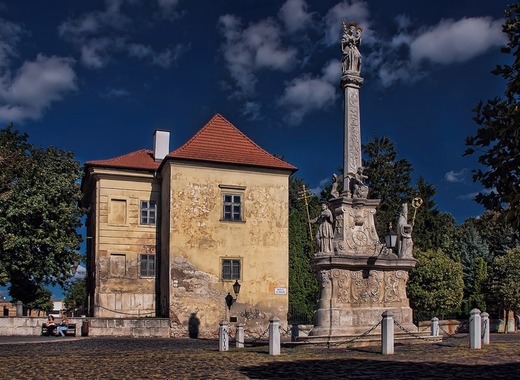 The Slovak city of Trnava has come up with a new and innovative way to approach its youngest citizens – namely by relying on their hobbies in order to get them involved in the administration’s activities. The city’s project means to bring together one of the most popular games in the world, Minecraft, and local children’s interest in the city to create an exciting competition for them that will also earn them prizes.

Minecraft is a block-builder game, much like old-school LEGOs, but in the virtual world. The game ranks among the most played ones in the world and is especially popular among children as it allows them to unleash their creative spirits.

The competition hosted by the city’s administration and the DSA Private Secondary Vocational School is a direct successor of the last “Let’s Model Trnava in Minecraft” initiative. Its rules and goals are quite simple – competitors must take a photo of a part of the city or a local landmark, and then recreate it in the game.

In order to be eligible to enter the competition, eager participants must then send both the photo they took and a screenshot of their in-game model to the official email used for the competition sosptt@gmail.com. Entry into the contest is allowed up until 30 June 2020.

The winners will then be chosen by the organisers at the DSA Private Secondary Vocational School. The awards include a voucher for the purchasing of games worth 100 euros as well as the opportunity to intern and learn the trade at one of the local large IT companies. Additionally, the local government of Trnava will also choose one of the competitors to earn the Trnava City Award at the end of the contest.