Now that winter is over, the municipality is eager to once again provide citizens with shared bicycles 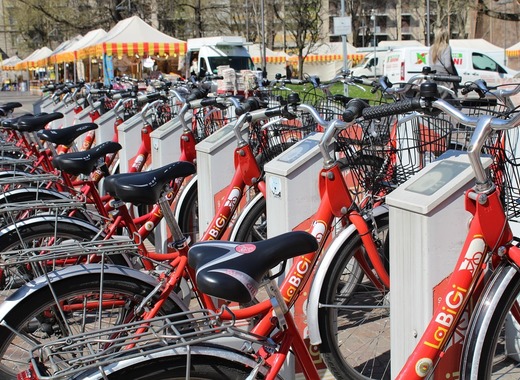 With the winter months finally behind us, local authorities in the Slovak city of Trnava are eager to resume one of their most popular initiatives – the local bike-sharing scheme. Vehicles will start getting rolled out at the start of this week – on 2 March and will be fully deployed by 6 March.

New additions and new changes to an already excellent service

The Trnava bike-sharing scheme will be undergoing a slight change – most notably in its name. It will now be called “Trnavský bike sharing” and will now operate a total of 118 electric bikes – an increase of 38 compared to the previous time the service was up and running last year. That constitutes yet another boost, following last year’s purchase of 30 additional bikes.

Local authorities are eager to continue building upon their already successful scheme. They recognize its potential and want to expand it further. The mayor of Trnava  Peter Bročka put its rise into numbers - “In the first season, approximately two thousand users borrowed urban electric bikes more than 110,000 times. Increasing the number of electric bicycles will help make them more accessible, which is why we expect great interest this year,” as quoted by sme.sk.

The registration process, however, remains the same. Citizens interested in taking the local electric bikes for the spin must first register at the local Client Centre at the Trnava Municipal Office, on the municipality’s web portal or phone app. They must then pay a seasonal fee of 20 euros that allows them to make use of the entirety of the local bicycle fleet.

There has been a slight change, to pricing, as noted by local authorities. The fee for returning a bike has been increased to 50 cents, while the first fifteen minutes of using the vehicle remain free of charge.