A mobile application gives a different perspective on the Belgian capital 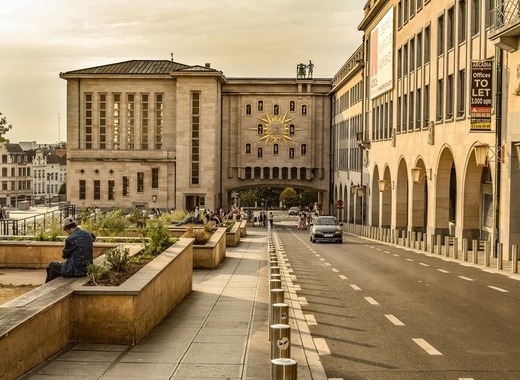 Are you a fan of video games? Do you love driving? If yes, this new application is made for you: SIMBUS allows users to test what it is like to be a bus driver in the Region of Brussels while offering a completely new experience on city sightseeing in the capital of Belgium and its surrounding municipalities.

Will you make a good bus driver?

Launched by the Brussels Intercommunal Transport Company (STIB) the application is addressed to prospective drivers willing to join the team of the company. SIMBUS is meant to test their driving abilities and reactions in a playful manner and give players heads up on whether they are ready to become bus drivers, or they need some more practice.

The application has three levels of difficulty – easy, medium and hard, corresponding to three existing bus routes used by STIB – route 71 for the easy, 36 for the medium and 12 for the hardest level. It is expected that new bus lines will be added soon. While playing SIMBUS, we understand that a bus driver employed by STIB must be at least 21 years old, holding a B drivers license, with a functional knowledge of a second language, as well as commercial attitude.

Apart from the pure driving skills, the ability to adapt to the passengers’ needs is tested – this includes opening and closing of doors, unexpected appearance of people on the road, respecting the pre-defined itinerary and stops, etc.

SIMBUS is available for free for Android on Google Play and iOS devices on the Apple App Store in English, French and Dutch. Last but not least, playing the game can give you far more than a new and different perspective on the city of Brussels: register for free and win a miniature tram Tintin, the famous comic personage by Belgian cartoonist Georges Remi, or a prize of euros 650.