It has introduced 20 new electric buses bought with European funds 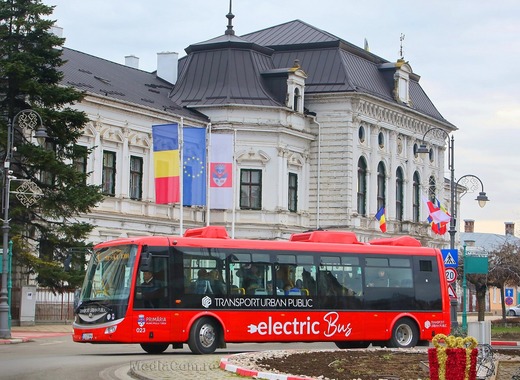 The City Hall of Turda has introduced 20 new electric buses bought with European funds. The Transilvanyan city is the first in Romania that has exclusively electric public transport fleet which helps it to become more and more “green”.

Electronic cards for the new buses are planned to be introduced as early as in January 2020 and they will be distributed free of charge. Until then, passengers will be able to use the buses with their old subscriptions.

The 20 new electric buses are produced by Czech company SOR Bus. Their maximum speed is 80 kilometers and they can go for 160 kilometers before a recharge.

Project funded by the EU under the  Sustainable Urban Mobility Plan

The total cost of the new bus fleet amounts to 50.1 million lei (10.6 million euo) secured by European funds. The modernization of public transport is one of the projects funded by the European Union under the Sustainable Urban Mobility Plan. The aim is to significantly reduce pollution and create a system of urban mobility that is environmentally friendly.

Turda, which has a population of 40,000, is located approximately 30 kilometers from the city of Cluj-Napoca, which will become the first city in Romania to test a self-driving bus in a pilot project next year. Driverless buses can seat a maximum of 12 passengers.