With the Brexit transition period about to expire in a few months’ time, British officials are scrambling to prepare for a no-deal scenario 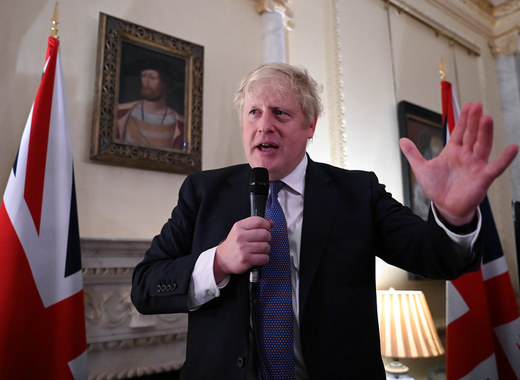 The deadline for EU-UK Brexit transition period is fast approaching and both sides are scrambling to get ready for an outcome that, as of right now, appears inevitable – namely that the UK will leave without an agreement in place. With negotiation still ongoing, however, the disaster scenario might yet be avoided.

Nonetheless, the British government is determined to do everything in its power to demonstrate not only to the EU but also to its population that it is ready for whatever comes next.

Trampling the right of local communities

In its latest “power move” the British government has granted itself the rights to build lorry parks in different parts of the UK without the consent of local authorities. In total, 29 different council areas will be impacted by this decision, covering regions from Devon and Somerset to Warwickshire and Suffolk.

The push for an expansion of lorry holding facilities is nothing new as it considered to grow into a major problem once the transition period expires. Should the UK sever its ties with the EU without a deal or with a barebones one, traffic across the channel and towards mainland Europe will be greatly disrupted. The massive delays that will undoubtedly occur will thus require massive spaces to house all the trucks and vehicles that will be waiting for their papers to be processed and allowed entry into the Union.

The construction of such holding facilities is already underway in different parts of the country – such as Kent, where vehicles and drivers without the proper documentation to enter the EU will be housed.

The explanatory note, attached to the order submitted by the British government, further states that “This Order grants temporary planning permission for development consisting of the use of land for the stationing and processing of vehicles (particularly goods vehicles) entering or leaving Great Britain, and the provision of associated temporary facilities and infrastructure. Development permitted by this Order can only be carried out by, or on behalf of, a border department named in the Order. The development must end by 31 December 2025, and all reinstatement works must have been completed by 31 December 2026.”