Entertainment of a multi-cultural nature and high aesthetic standards 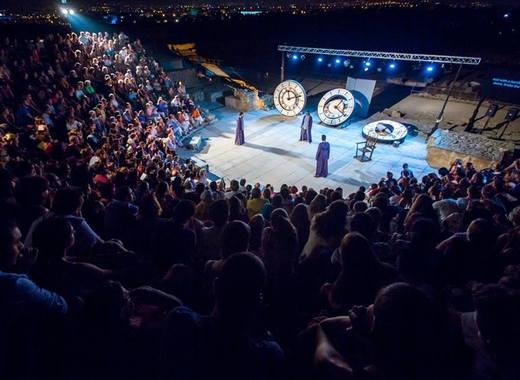 When in 1997, the Board of Directors of the Cyprus Centre of the International Theatre Institute (CCOITI) decided, to launch the “International Festival of Ancient Greek Drama”, it was motivated by one ambition - to give ancient Greek drama a wider presence in the theatrical activities of the island and thus to contribute to the building of theatrical sensibility among the people, by offering them entertainment of a multi-cultural nature and high aesthetic standards.

The performances are presented in open-air amphitheatres, such as the Ancient Odeon in Paphos, the Curium Ancient Theatre in Limassol and the “Skali” Amphitheatre Aglantzia in Nicosia. Theatre companies and groups participate in the festival’s programme from different countries around the world. The Festival has hosted productions from countries such as Belgium, Bulgaria, Croatia, Germany, Greece, Italy, Latvia, Latvia, Portugal, Romania, Slovenia, Spain, Sweden U.K. Many of the performances are innovative in their approach, projecting the uniqueness of ancient Greek drama but also carrying out an intense essence of the culture of the country of origin.