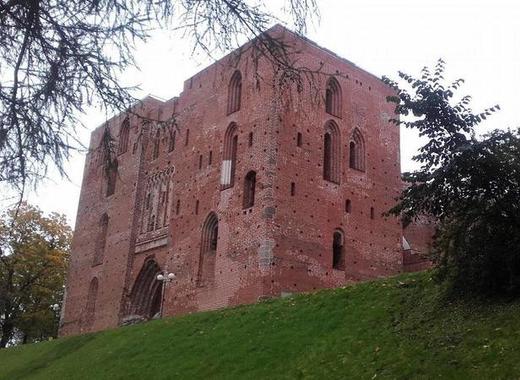 Science Town events have been a staple of the University of Tartu Museum during the Tartu Hanseatic Days. But since the summer festivities, launched 25 years ago, have been cancelled this year due to the coronavirus pandemic, the museum has found a new way to keep Science Town in the focus of locals and tourists. As of yesterday, 18 July, the University of Tartu Museum invites everyone to take part in its Science Town game on Toome Hill (Toomemagi), learning new things and getting to know the historic location.

Gift from a Russian Emperor

Toome Hill, originally a place where locals used to take out their cattle to graze, was a gift from Russian Emperor Paul I to the University of Tartu. Later it became the site of a medieval castle, and in the early decades of the 19th century, was converted into a public park. The park, alongside the University library, anatomicum, observatory and clinic formed the intellectual focal point of Estonia’s second largest city.

Rules of the game

Starting next to the university museum, players need to make eight stops along the Science Town route on Toome Hill, guided by maps on display at each stop.

The game can be played in Estonian and English and the subjects are culled from archaeology, astronomy, economy, IT, medicine, and musicology. Each stop introduces the scientific background of a given topic and players are requested to solve a task.

Upon presentation of their answer sheet, the first 50 players who complete the track during the opening weekend will bring home a gift. Both answer sheets and gifts can be collected from the University of Tartu Museum’s souvenir shop in Tartu Cathedral, which is open from 10 to 18 on Saturdays and Sundays.

Construction supported by the City of Tartu

“Where better to participate in an educational game than at the heart of the university city and the historical campus,” says Külli Lupkin, project manager of the University of Tartu Museum, quoted by the city website. “It’s fun to complete the tasks alone, but much more fun with one’s friends or family. The game offers the added value of being outdoors and in the nature,” she adds.

Science Town will admit visitors for free until the end of the museum’s summer season on 30 September.