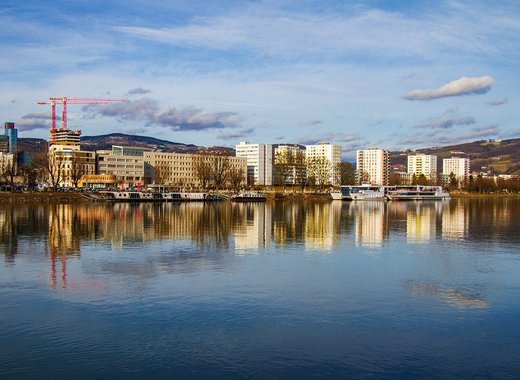 In a nation-wide move to strengthen and improve regional security services, police headquarters and operations across Austria are embracing new modes of communication. With the states of Styria, Lower Austria, Tyrol and Vienna already having completed their transitions, up next is Upper Austria.

A new two-story high building in the regional capital of Upper Austria, Linz, will become the new beating heart of police operations in the region. It represents an investment of 8 million euros that is expected to open its doors at springtime of 2021.

The move to a new control centre is necessary for police forces in Linz as they will also be transitioning into the use of a new operations control and communication system – ELKOS. The new system allows for local and regions police forces to substantially improve the quality of services they offer – they will be able to react and make decisions more quickly, thus saving lives and making life better overall for citizens across the country.

Benefits of the new system

Post-transition, all emergency calls originating from the towns, cities and villages of Upper Austria will be redirected to the new comms centre in the state capital of Linz. The streamlining of communications will also undoubtedly serve the interests of locals, according to police officials.

One of the perks of the new regional security system is that it will free up substantial amounts of police resources. The streamlining and simplification of the communication chain will allow for more police officers to be deployed in response units and work in the field and on the streets, rather than remaining stuck within their respective precincts and headquarters.

Until the construction of the new Linz control centre is complete, all emergency calls will be handled at the old building at Gurberstrasse.