New ultra-modern trains will begin operating in Linz in 2025 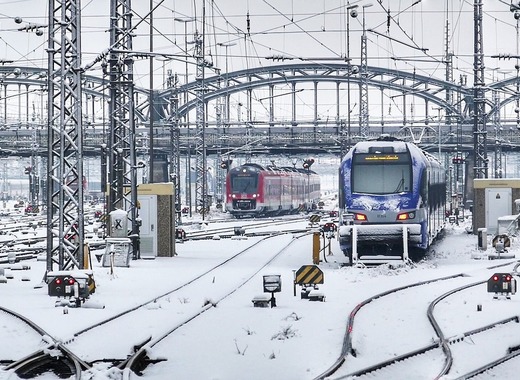 Regional authorities of Upper Austria have announced that brand new ultra-modern trains will begin operation in the region come 2025.

Upper Austria’s regional government will be investing a total of 90 million euros for the purchase of new vehicles to renovate its ageing and decades-old railway fleet. Such a move has become necessary with some trains in the region reaching the venerable age of 70.

Regional authorities will be purchasing some 20 trains for Upper Austria’s railway system. They come in the form of a package deal made together with other Austrian and German investors who through their combined efforts have managed to secure a lower price for the purchase of the vehicles. The entire deal is for the purchase of a grand total of 450 vehicles.

The preferential prices acquired by regional authorities in Upper Austria allows them to purchase each train at only 4.5 million euros per unit – a very good price considering their quality and the opportunities they are bound to grant authorities. Authorities believe that through the deal they are able to save around 25 million euros.

Furthermore, the newly purchased vehicles boast some very important features. Chief among them is the fact that they can be used both as trams and as train, with the trains being able to drive on two-track widths. That is vital because tracks in Linz are different than the standard ones in Upper Austria and its railway network.

Railway traffic is becoming increasingly important across Europe. Local, regional and national authorities across the continent have been doing their best to promote alternative modes of transport and travel by train proves to be one of the most popular substitutes to personal cars and aeroplanes. Not only are they faster and cheaper most of the time, but trains are also far more eco-friendly, thus making them the perfect fit for the EU’s climate ambitions.