This was president Ursula von der Leyen's first State of the Union Speech, laying the foundations for what is to come for Europe 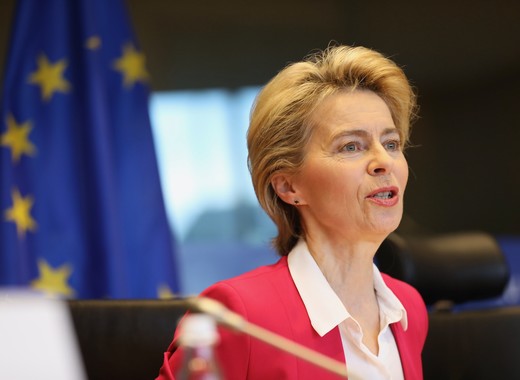 Earlier today president of the European Commission Ursula von der Leyen held her first State of the Union address, aimed towards all citizens of Europe, charting a course for the EU’s post-pandemic future and development.

Climate, justice and no one left behind

In her speech, von der Leyen focused on several main topics - the impact of the coronavirus pandemic and the EU’s response, social justice and welfare, Europe’s digital future and, of course, climate change. She highlighted the European Union’s successful efforts in stopping member states from acting isolationist and nationalist during the first weeks of the COVID-19 outbreak and claimed that now is the time for the EU to be granted additional powers in the field of healthcare so that it is better geared for the challenges of the future.

Regarding climate change, von der Leyen brought attention to the fact that the EU is the top dog in the battle to save the environment and was eager to showcase her commission’s plans for the future through the lens of the European Green Deal – its flagship policy that will ultimately reshape our entire lives. Von der Leyen’s plans for climate neutrality, however, fall far shorter than what is needed according to environmental activists and Green politicians.

When it comes to social justice, the president of the Commission lambasted the existence of the so-called LGBT-free zones (without specifically mentioning Poland by name) and the problems related to racism which were pushed to the fore in recent months. Von der Leyen explained her Commission’s commitment to tackling inequality in all its forms, dismantling prejudice and acting whenever and however it is needed – even through the appointment of Europe’s very first anti-racism coordinator.

A sizeable part of the speech was dedicated to the geopolitical threats and challenges that the EU currently faces. Von der Leyen specifically mentioned China as a systemic rival which promotes a vastly different form of government and stated that the pandemic has shown how fragile the global order can be – and how important it is to ensure cooperation and to reform existing power structure while simultaneously keeping old alliances intact (vis-à-vis the USA and the UK).

Thus, the President of the Commission once again reiterated her desire to scrap the Council’s unanimity rule on Foreign Affairs in favour of qualified majority voting that would give the EU the opportunity to act faster in times of crisis and to impose sanctions that might otherwise never take shape.

What was not said

What the President of the Commission failed to say is perhaps more telling than the substance of her speech. During her hour-long address describing the outside dangers to the EU, she avoided the topics of EU defence spending and EU defence in general, barely scratching the surface of the topic by stating the Union’s commitment to transatlantic ties.

Meanwhile, while talking about the rule of law in the EU, von der Leyen did not go anywhere near the topic of connecting the EU budget to adherence to the Union’s basic principles, thus giving a clear sign to countries like Poland and Hungary that their concerns have been taken into account by the EU’s executive.