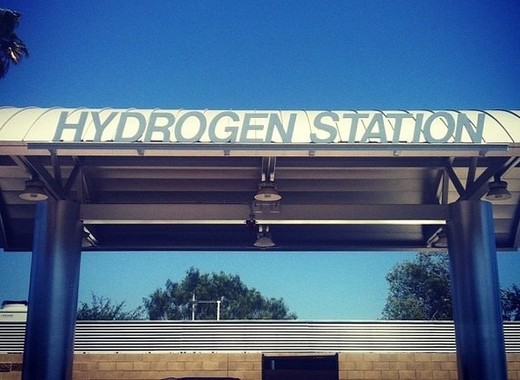 In the last decade or so hydrogen transport has become more and more popular with several projects funded in this area. They resulted in the building of appropriate infrastructure and the purchase of cars and buses for public transport in different cities.

The Czech Republic does not stay away from this trend. The government announced the construction of several such stations around the country amounting to 15 open-to-the-public ones up to 2025. The project is supported by the Ministry of Transport.

In February, Usti-nad-Labem announced the construction of their first hydrogen station open to all vehicles that use it for fuel.

The construction will start in 2021 and will be funded under Operational programme “Transport”. The total funding is expected to be CZK 31 million. The completion of the station is expected by the end of the same year.

The project was made possible thanks to a Memorandum of Understanding signed between the municipality and Spolchemie (local manufacturer producing hydrogen) under the National Action Plan. Its main goal is to make life better and to ensure access to a greener fuel thus reducing the gas and petrol use.

In order to make the supply easier, the station will be next to the Association of chemical and metallurgical production. They will commit to supplying hydrogen as well.

After the project is finalised, the municipality will open a procedure for the purchase of a new bus fleet operating on hydrogen up to 350km. The buses will serve both city and regional routes.

For the municipality of Usti-nad-Labem this is one step further to reaching carbon neutrality and becoming a greener city.