Varaždin promotes recycling with a competition for households 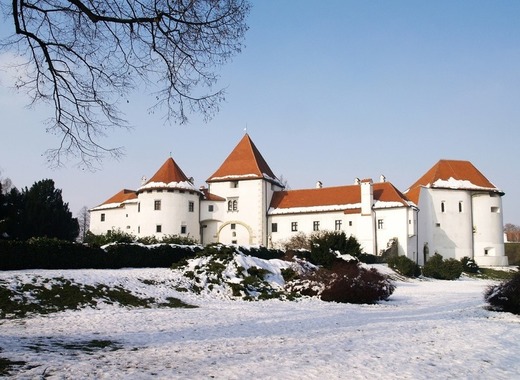 By making small changes around the house and creating new habits anyone can contribute to a cleaner and healthier environment. Separating plastic, paper, glass and organic waste has fortunately turned into a lifestyle for many. It significantly reduces the amount of mixed domestic waste which is harder to process.

In a search for new means to educate its citizens about the benefits of recycling, the City of Varaždin, Croatia has announced an unusual competition. Its idea is simple and the moral of the story is clear – the smaller the amount of mixed waste you produced, the bigger the chance you will get a prize.

Rewarding households for reducing and recycling

Relying on its official data for recycling in 2019, the Municipality of Varaždin will name the citizens who had the best results in sorting waste in the past year. 5 000 households that produced the smallest amount of mixed domestic waste in the second half of 2019 will receive an umbrella. Another 150 umbrellas are awaiting the absolute winners of the competition who showed the best results in sorting waste throughout the whole year.

These small prizes are the Municipality’s way of thanking the citizens for taking the time and the effort to sort their domestic waste. The recycling competition is a part of the PROMO project, which the City of Varaždin is implementing with the support of the European Union. The total value of the project is 1 200 000 kunas with 1 020 000 kunas financed by the Cohesion fund.

Apart from Varaždin, prizes will be also distributed to recycling households in the municipalities of Mali Bukovec, Veliki Bukovec, Vidovec, Sveti Đurđ and to the cities of Varaždinske Toplice and Vodice as well.

All citizens who were sorting their waste in the past year are automatically signed up for the competition and don’t need to apply in order to participate and get their prizes.