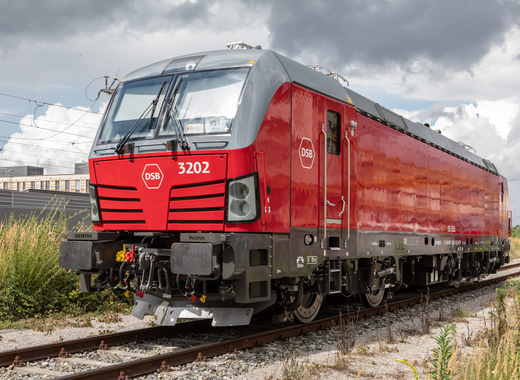 Earlier this year the Danish safety authorities approved the use of the AC version of the Siemens Vectron locomotive. This decision has paved the way for the purchase and the commissioning of 42 of these locomotives that will soon enter into circulation on Denmark’s railways.

The deal for the purchase and deployment of the new vehicles was concluded earlier this year in September. Just a few weeks after the green light was given by the Danish safety authorities, the first three locomotives arrived in Denmark, servicing several regional lines including ones connecting to Germany.

CEO of the Danish State Railways (DSB) Flemming Jensen, stated that “For DSB, the future begins very concretely with the delivery of these first three Vectron locomotives from Siemens. The electric locomotives will have a positive effect on our environmental footprint both in relation to energy consumption and local particle emissions, and will further support DSB’s targets to provide sustainable, reliable and flexible train operation that will benefit our customers.”

The locomotives purchased by the Danish State Railways will be used primarily in regional transport as traction for its double-decker passenger cars. All the Vectron locomotives have a maximum power output of 6,400 KW and can reach a top speed of 200 km/h. The Vectron AC is designed to operate on 15 kV / 16.7 Hz as well as on 25 kV / 50 Hz voltage systems and is equipped with the ETCS train control system as well as the PZB/LZB and DK-STM control systems.

The purchase and deployment of the new locomotives is a great leap forward for railway transport in Denmark as the country seeks to offer better and more enticing mobility options to its citizens in a bid to reduce carbon emissions and fight climate change.