The reason or this measure is to protect the historical heritage 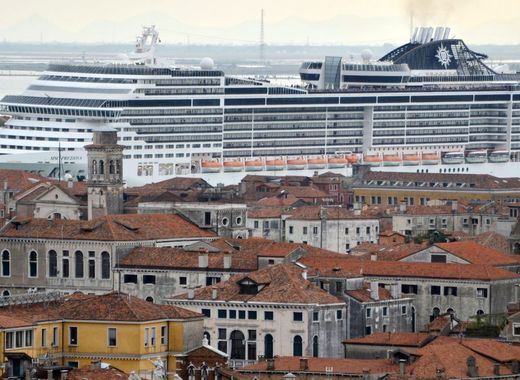 The transport minister had decided to put a ban on large cruise ships entering the central area of Venice. Locals approve of the measure because these ships have been continuously causing inconveniece for the local population, report from The Local. Ships larger than 55,000 tonnes will have to stop at the industrial area.

Local citizens complain that the visitors have caused prices of rent and services to go up, also that these ships pollute the waters.

The decision was met with approval by the locals who believe that it brings good balance in preserving the environment and answering to the citizens' concerns.