Venice with new measures against crowds of tourists

They are experimental, but could be a framework for future restrictions 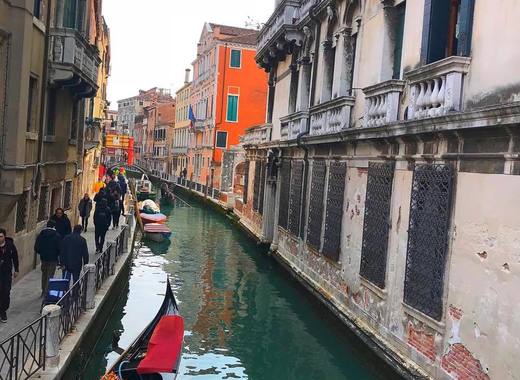 Venice has a new idea for controlling the amount of tourists that run through the city of canals. In advance of the peak summer tourist season, Venice’s Mayor Luigi Brugnaro has signed an ardinance to separate the thousands of tourists from local residents throughout the city. Brugnaro called the new policies “urgent measures to guarantee public safety, security and livability in the historic city of Venice.”

These temporary regulations, introduced for the upcoming holiday weekend in Italy and valid from April 28 until May 1,  aim primarily to manage pedestrian, water and vehicle traffic. According to the proclamation, certain areas of the city will be accessible only to locals and “regular visitors,” or those possessing a Venezia Unica card, an all-in-one city pass that grants locals access to things like public transit, cultural events and tourist sites. Tourists arriving by boat will not be allowed to disembark at Riva degli Schiavoni, while those arriving by car won’t have access to the Ponte della Libertà.