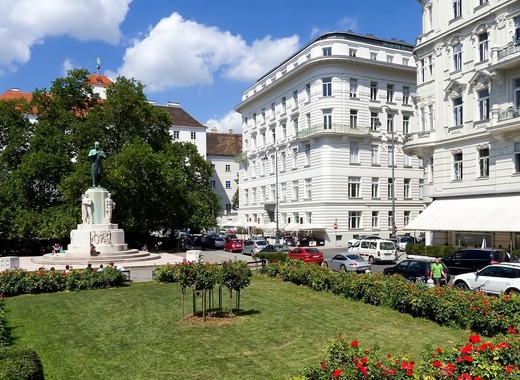 Local authorities in Vienna unveiled a package of 50 measures divided into 7 key areas that will transform the Austrian capital into a carbon-neutral “climate model city”. The proposed projects range from the expansion of renewable energy generation and promoting sustainability to construction and renovation works that aim to reduce the temperature in the urban area during summer.

Here are some of the proposals in key areas:

Local authorities believe that only by adapting the fields of energy, heat and waste to the needs of the future, will Vienna be able to successfully reach its full climate potential. That is why, for starters, the city will be funding the renewable energy generation undertaken projects by Wien Energie with 1.2 billion euros – these include the construction of new photovoltaic power plants and solar panels, the expansion of wind farms and others.

When it comes to waste management, local authorities want to enact a “Zero Waste” policy. That is why they will be focusing on expanding the use of biowaste for the production of gas for heating and will be ready to pursue other similar smart projects.

Local authorities want to keep expanding and improving the city’s public transport network. They want to reduce the number of people commuting by car by half by 2030 by also expanding the transport network that lies outside of the city proper.

In terms of fossil fuel alternatives, it is expected for Wien Energie to begin servicing hydrogen-powered buses by 2020. Furthermore, an additional 1000 charging stations will be constructed throughout the city, thus expanding electric traffic.

In order to mitigate the effects of rising temperatures throughout the city, the local government will keep on creating new parks and green spaces. In 2020, 8,000 hectares of forest will grow in Vienna thanks to the city’s biggest tree-planting initiative.

To further combat the heat during the summer months, 1,000 new drinking fountains and hundreds of other watering spots will be spread throughout the Austrian capital.