With temperatures on the rise, new and innovative solutions are needed. Check out how Vienna plans to tackle the problem 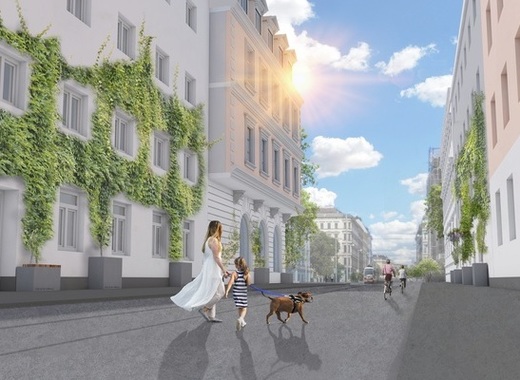 Climate forecasts are pointing to the fact that in a few years’ time, temperatures in Vienna will be reaching 30°C during the summer far more frequently than in previous years – around a 550% increase compared to the 1981-2010 period. To combat this stark change in climate, the City of Vienna, in coordination with the “City of the Future” programme, funded by the Austrian ministry of transport, innovation and technology, is developing a simple and elegant solution.

The research project, titled “50 green houses”, has developed a “Vienna green façade module” that aims to reduce the perceived temperature in the city by up to 13° by planting greenery on already existing buildings. This is a one-of-a-kind solution thanks to both its cost efficiency and simplicity. Residents in the district of Favoriten will be able to test the module free of charge. The municipality is inviting everyone living in the target area and interested in the project to apply for the trial. Up to 50 winners will be selected, based on their applications.

Participation will also help the researchers and developers of the project improve it and eventually make it more widely available. Upon winning a trial, the package will be set up by the research team in accordance to the specifics of the location and care for it will be left to the residents of the chosen building.

For more information on the project and how to apply, click here.