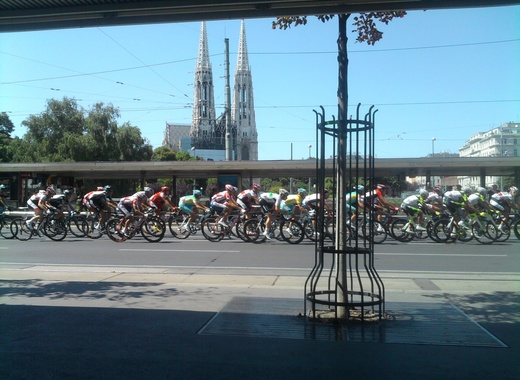 The year of 2019 proved to be an excellent year for cycling in Vienna. Actually, it was the best one yet, according to city authorities. The capital’s automatic bicycle counters registered a total of 6,136,767 cyclers travelling on Vienna’s streets throughout the year. That is a 2.5% increase compared to 2018.

The recently revealed numbers are a point of pride for Vienna deputy mayor and city councillor responsible for transport and climate protection, Birgit Hebein. She has pledged to devote even more attention and care to the city’s millions of cyclers by launching a new “cycling offensive” in 2020.

“I would also like to thank the many Viennese who manage their everyday routes by bike. They are actively contributing to climate protection," she stated, as quoted by heute.at. Furthermore, she promised to work on expanding the Austrian capital’s cycling network and cycling lanes, so that they will be able to accommodate even more people over the coming years.

In 2019 citizens of Vienna bore the brunt of the heatwave that struck Europe during the summer. The city was hotter than it has ever been, and authorities were quick to implement new and creative solutions to mitigate the problem. Locals have also been actively looking for a way to reduce their own carbon footprints and environmental impact. The surge in the use of bicycles is a testament to their responsible approach and commitment to keeping carbon emissions as low as possible.

Martin Blum, Vienna’s cycle traffic officer also commended citizens on their vigour "The increase in the number of bikes in 2019 is encouraging. In times of the climate crisis, it is important that people are more environmentally friendly.”

He continued by stating that supporting bicycle traffic is not only good for the environment, but it is also cheaper than many other means of transport – as operating and development costs of bicycle lanes are surprisingly low, compared to the alternatives.