The city aims to build 120,000 square metres of photovoltaic systems by the end of 2022 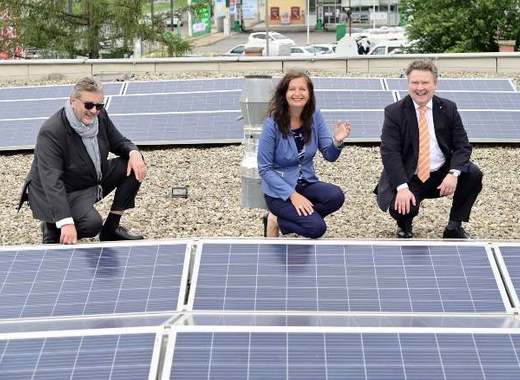 The Austrian capital of Vienna is taking further leaps in its efforts to become climate neutral. Solar power is one of the priority areas on which the city administration has been wanting to focus and was outlined in its January climate neutrality strategy – and is finally getting the attention it rightfully deserves.

A new solar strategy for Vienna

The goal of local authorities in Vienna is to massively expand their reliance on solar power by the end of 2022. That will be accomplished through the focused efforts of Wien Energie, Austria’s largest photovoltaic operator, who will equip all possible facilities in the city with solar panels.

In concrete numbers, that means that a total of 120,000 square metres of surface will be equipped with such panels. The buildings that will be used include hospitals, schools, sports facilities and others. Estimates for the power generation output of such an expansion put its capacity upon completion at 8 megawatts of power.

The mayor of Vienna, Michael Ludwig stated that "We are making Vienna a climate model city! The use of solar energy is an essential component in our 50-measures package presented in January to make Vienna CO2 neutral. As a city, we are setting a good example and will equip everyone in the future suitable public buildings with photovoltaic systems. I am pleased that numerous projects in the health department will be implemented in the next few years and that CO2 emissions will be reduced by 2,900 tons each year. "

As part of the same expansion, in addition to the panels, the city will also install over 100 e-charging points for electric vehicles and will look towards tinkering with the energy efficiency of public buildings. The decarbonization of heating is also in the works as part of Vienna’s push towards becoming entirely CO2 neutral.