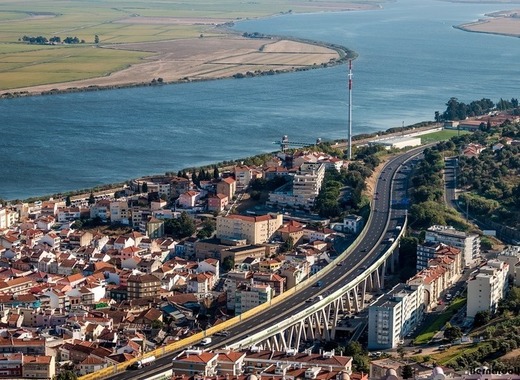 Border municipalities in the Lisbon and Porto districts in Portugal are suffering from a very specific set of problems – and they want the central government to do something about them. Local authorities of the municipality of Vila Franca de Xira recently shone the spotlight on what’s ailing them.

After a reduction of costs of public transport in Lisbon and Porto, citizens have been swarming the frontier municipalities with their cars in order to benefit from the new scheme. Thus, car parks near the main railway stations are now absolutely swamped and are unable to service new arrivals.

The City Council of Vila Franca de Xira believes that the only remedy to the issue are massive investments in infrastructure developments and the creation of new parking venues that will be able to cope with the rapid influx of new arrivals.

At a meeting of the National Association of Portuguese Municipalities, the mayor of Vila Franca de Xira explained the issues his government is facing. “I had the opportunity to talk about this issue, which has to do with the municipalities in the border areas. We are talking about Vila Franca de Xira, Mafra and other municipalities, which are having some problems because people come to take the rail and river transport to the areas that are already covered by the metropolitan pass. The number of people who go to these stations today is much larger than expected and the parks are not responsive, ”says Alberto Mesquita, as quoted by publico.pt.

The problem is growing worse by the day, however. The lack of parking spaces is forcing new arrivals to park their cars at random on the streets of the cities, leaving them there throughout the whole day, impeding pedestrian and urban traffic.

The municipalities themselves are unable to cope with the issue and are currently petitioning the Portuguese government for aid.