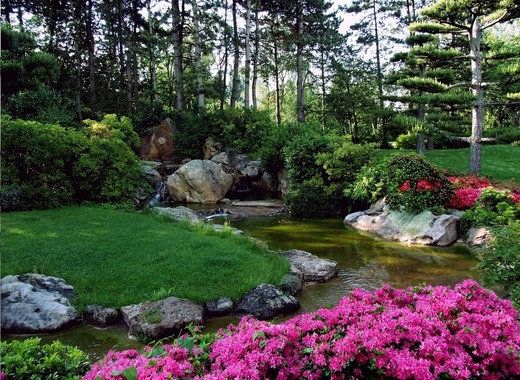 Earlier this week the Vilnius Municipal Council decided on drastic action to unblock a long-stagnating project – namely the construction of a Japanese garden in the city. The project was first approved five years ago but it never managed to get going. To remedy the situation, local authorities approved the acquiring of shares of the company responsible for its implementation – the Darnu Group, controlled by Tokvila and MG Baltic. According to officials, both companies gave away their shares free of charge when it became apparent that the cost of implementing the project was too much to stomach.

With Vilnius Municipal Council becoming the sole driver behind the Japanese garden project, some changes are expected to its designs. Among them is that entry to the park, which was supposed to be payed prior to the acquisition, will now be free for everyone. Another benefit is that the parking spaces near the soon-to-be garden will be reserved for its visitors, rather than for employees working in nearby offices.

The Municipal Council will now be on the lookout for new stakeholders. The municipality has so far allocated 86,000 euros for the implementation of the project, while businesses were supposed to invest at least 270,000. Another 1 million euros will be granted by the EU.