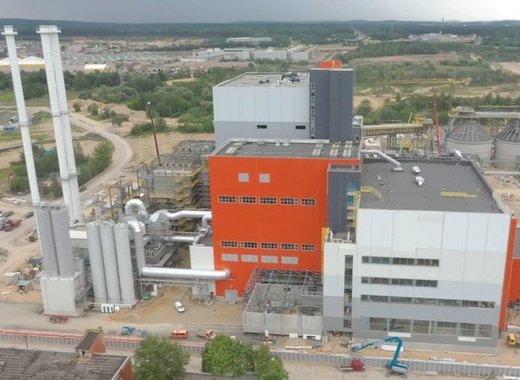 With the reception of the first batch of municipal waste on Monday, the Vilnius cogeneration power plant (VKJ) entered its next testing stage before becoming operational later this year.

The waste has been sorted in the mechanical biological treatment (MBA) facilities of the Lithuanian capital which process waste from Vilnius City and other municipalities of the Vilnius region. The first deliveries of non-recyclable and energy-efficient waste will be used as fuel for testing boilers and their auxiliary systems, smoke filters, etc.

“The power plant, which meets extremely strict environmental standards, will help to avoid 160 thousand tons of waste ending up in landfills. At the same time, it will ensure competitive heat prices and reduce electricity imports,” says Saulius Barauskas, General Director of VKJ, quoted by the Vilnius City website.

Vilnius MBA facilities handle municipal waste, including secondary raw materials that can be reused in production processes (metal, glass, plastics, cardboard). The residue, which is not suitable for further use or recycling, but has an energy value, will be transferred to the VKJ. During the year, Vilnius MBA has processed about 230 thousand tons of waste, leaving about 120 thousand tons to be incinerated at the VKJ.

“VKJ, which is preparing for the start of operations, will significantly contribute to the proper management of waste in Vilnius. The power plant will not only reduce the amount of waste going to landfills, but will also turn it into useful energy for Vilnius homes and businesses,” comments Vilnius City Deputy Mayor Valdas Benkunskas.

VKJ started hot tests using natural gas in late August. After commencing commercial operation, the plant will have total electrical capacity of about 100 MW, and about 240 MW thermal capacity which will be enough to meet about 40 percent of the energy demand of the capital. The power plant is equipped with state-of-the-art smoke reduction equipment, which will ensure completely safe production of energy from municipal waste and bio fuels. The applied environmental and energy production technologies place VKJ among the most modern power plants of this type in Europe, claims Vilnius City Municipality.