The beautiful lady is only 39 years old 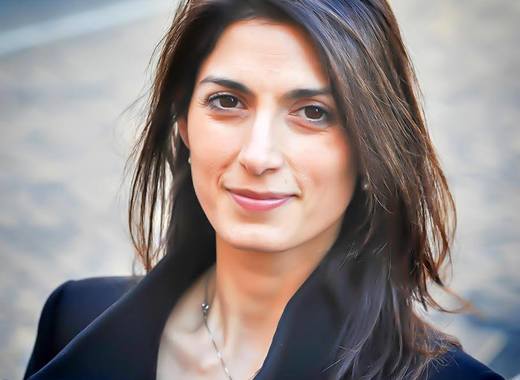 Mayor of Rome, Virginia Raggi was born in the capital in 1978. She graduated in law at the Roma Tre University. She became a member of the Five Star Movement (M5S) for the 14th district of Rome in 2011. In 2013, she was elected a member of the municipal council, and in 2016 she won 35% of the votes and became mayor of Rome. Her capital development program includes eleven steps, some of which are: improving mobility and infrastructure, with priority for urban transport and bicycles. This includes the creation of smart traffic lights as well as smart bicycle lanes. The second part of the program focuses on recycling and separate waste collection. The program also focuses on creating new green areas, preserving biodiversity, and monuments. The main priority is the construction of new apartment blocks, as well as the introduction of a fixed upper limit of the rental price - no more than 20% of the income. There is also a plan for the development of culture and cultural events in the city.