They will be played to the elderly in care establishments 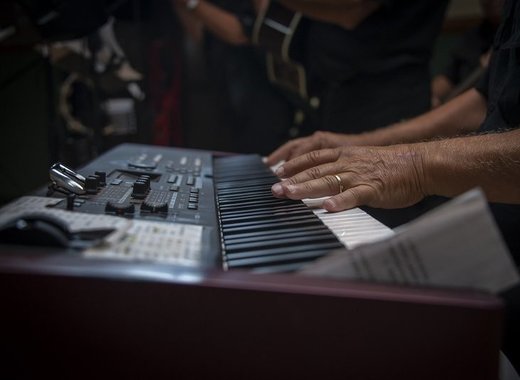 A Luxembourgish foundation organises online and TV distribution of concerts for the elderly and the vulnerable. Their aim is to fight the loneliness, which is becoming particularly acute among persons of age during the times of coronavirus-caused lockdown and social isolation.

Usually, the Foundation EME organises concerts which are played at nursing homes throughout the Grand-Duchy. Besides their cultural value, these events are a vital source of delight for the elderly, helping them keep their sense of social connection.

However, due to the COVID-19 pandemic, it was necessary to cancel these happenings, in order to protect the elderly, which are the most endangered by the disease. Reluctant to deprive people from the joy of music, EME decided to provide an alternative – digital and televised concerts.

In order to make this possible, the non-profit has appealed to local artists for assistance. Musicians have been invited to record themselves playing at home and provide the videos to be played later at nursing homes. Luckily, several artists have responded so far.

As a result of these joint efforts, a few concerts were made available to be distributed through the channel of Apart TV. Their distribution has already begun with a regular program, which is updated on a continuous basis. Currently, there are concerts announced until at least 13 April.

Nine of them can also be watched on the website of EME for all of us to enjoy. These include Crazy Quarantine Sessions, performances by the Luxembourg Military Band and more.

The foundation has been striving for 10 years to integrate vulnerable persons through music. They organise around 600 events annually for children with disabilities, the elderly, refugees, prisoners, autistic adolescents, single parents motivating them to express themselves and take charge of their own destiny.