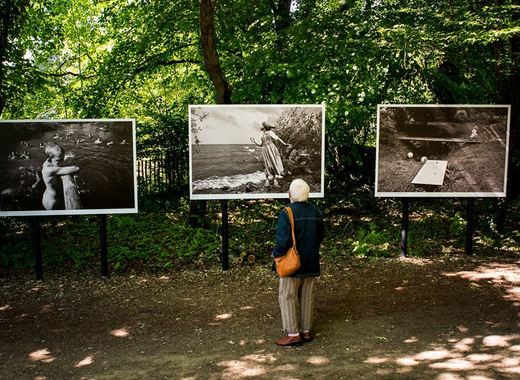 For four months, between May and September, La Gacilly Photo festival is showcasing hundreds of large format photographs in the parks, green maze, squares and flowery streets of the small town. Created in 2004 by Jacques Rocher, now President of the Yves Rocher Foundation, the Peoples and Nature Photo Festival is a socially aware event at the crossroads between the art world and photojournalism.

Each new edition celebrates a guest country and revolves around a theme related to the social and environmental concerns of society. The very successful La Gacilly Photo Festival has already attracted over 2.5 million visitors and exhibited more than 250 photographers from around the world including the famous Steve McCurry, Robert Capa and Robert Doisneau, as well as talented photojournalists from all over the world.