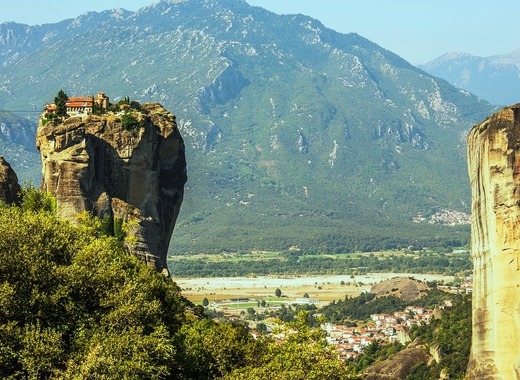 The 460-square-meter museum building is divided in three sections: Hall A (waiting room), Hall B (General Geology Hall) and Hall C (Meteora Geological History Hall). In Hall A there are audiovisual presentations, such as a 15-minute video on the creation of the rocks and the nearby Koziaka Mountains. Hall B is a space of introduction to the region’s general geology and attempts to inform the visitor of how the Earth, rocks and minerals were created. There are also fossils, minerals and rocks from all over Greece. Hall C is the largest space of the museum where the creation of Meteora is presented.