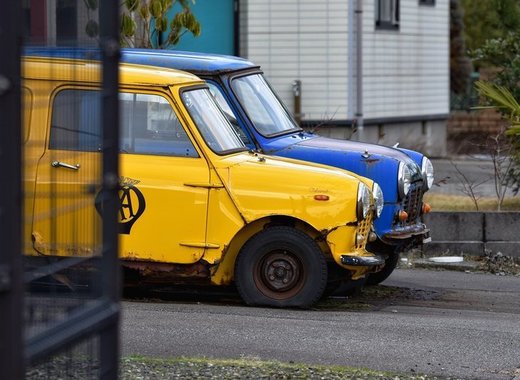 End-of-life vehicles (ELVs) are those that are no longer in use by the owners and are subject to disposal and/or recycling. Most of the materials used in their manufacturing such as metals, for example, are recyclable. These account for more than 70% of the parts. The rest, comprising of plastic, glass, rubber, etc. are disposed of without any clear indications for reuse or recycling.

According to data gathered by the European Commission, every year end-of-life vehicles generate more than 7 million tons of waste. In order to make their dismantling and disposal more sustainable for the environment, the EU has passed a Directive for the disposal of such vehicles with clear targets for the hazardous waste that can come from these vehicles, as well as prescriptions for manufacturers regarding the use of hazardous materials in the production of new vehicles.

According to Eurostat, Portugal generates more than 90,000 tons of waste from end-of-life vehicles which puts it somewhere at the bottom compared to other countries. It has a bigger percentage in reuse and recovery of ELV (more than 90%) than in reuse and recycling (a bit over 80%).

The Municipality of Loures program

The Municipality of Loures, located 13 km away from Lisbon, launched an initiative for free-of-charge removal of EL vehicles. The only thing people should do is request such removal.

Three options are provided for the citizens of Loures – call the local police force, request such a service at the municipality service desks or do it online through a specially pre-prepared declaration.

The municipality has an agreement with several authorized providers of such a service in order to deliver the vehicles to them. The company will subsequently issue a certificate for the destruction of the vehicle.

The reason behind the activities of the Loures authorities lies in the fact that many of these unused vehicles occupy parking spots that can be used by cars in operation. This is apart from the environmental damage they are causing.

Thus, the Municipality of Louresis sets an example for more municipalities to follow in order to free parking spaces and ensure that the recycling and/or reuse of vehicles will be done in a sustainable manner.