Vote now for the European Tree of the Year 2020

Select the European tree with the most interesting story 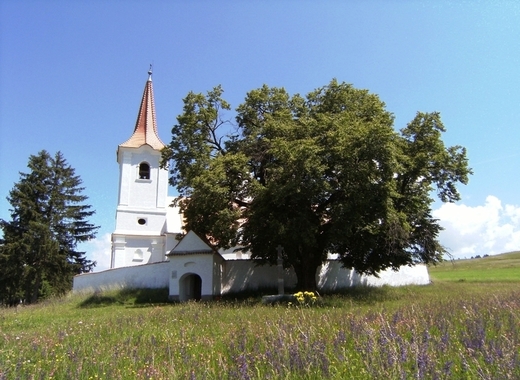 Source: Lime in Leliceni, Romania, first tree to win the contest in 2011, is over 500 years old. Photo by Kristó Róbert

For a decade now the European Tree of the Year contest has been looking for the trees with the most interesting stories. In 2020 the contest returns for a jubilee edition and invites you to learn of the fascinating stories and select among finalists from 16 countries.

The European Tree of the Year 2020 contest is organised by the Environmental Partnership Association, supported by European Landowners’ Organisation and co-organised by national partners. It is part of a family of national contests on the Old continent that all have the same purpose.

Old trees – part of the cultural heritage of Europe

According to the organisers, this is “to highlight the significance of old trees in the natural and cultural heritage that deserves our care and protection. Unlike other contests, the European Tree of the Year doesn't focus on beauty, size or age but rather on the tree's story and its connection to people. We are looking for trees that have become a part of the wider community.”

Last year, more than 310 000 votes were submitted and the winner became the Almond Tree in Pecs, Hungary with more than 45 000 votes. Be that as it may, apart from the purely tourist side of the contest, there is a deeper sense to nominating and selecting favourite trees, of course. According to the official website, every year the voting raises awareness of nature among more than 200 000 persons, drives special attention to the trees that reach to the final stage, strengthens local communities supporting each national application and gives another reason for pride to the countries in question.

Voting takes place throughout February 2020, so you have until Saturday 29th to cast your vote for the tree, the story of which appeals to you the most. Should you wish to see the preliminary results, do this no later than the 22nd February, as after this date, votes will become secret. You are allowed to pick two of your favourite trees that might become European Tree of the Year 2020 using this link.

Winners are to be announced and rewarded on 17th March in Brussels.